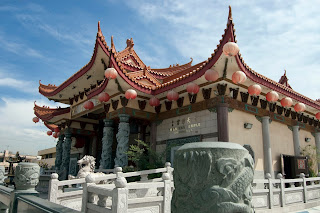 In the early 1860s, thousands of Chinese men, most of them originating from Guangdong province in southern China, were hired by Central Pacific Railroad Co. to work on the western portion of the first transcontinental railroad. Many of them settled in Los Angeles.

The first Chinatown, centered on Alameda and Macy Streets (now Cesar Chavez Avenue), was established in 1880. Eventually, the entire area was sold and then resold, as entrepreneurs and developers fought the area. After thirty years of decay, a Supreme Court ruling approved condemnation of the area to allow for construction of a major rail terminal, Union Station. Residents were evicted to make room for Union Station, causing the formation of the New Chinatown.

It took seven years before an acceptable relocation proposal was put into place.  The new Chinatown was relocated into its present location. Old Chinatown was gradually demolished, leaving many businesses without a place to do business and forcing some to close.

In the late 1950s the covenants on the use and ownership of property were removed, allowing Chinese Americans to live in other neighborhoods and gain access to new types of employment. 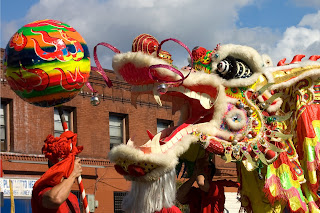 The day of the Lunar New Year is the most celebrated holiday of the year for over a million people of Chinese, Korean, and Vietnamese descent in Southern California. It is a celabration that includes festivals, parades and family gatherings.

Since the mid-1980's, the Golden Dragon Parade has expanded to include almost two dozen floats, multiple marching bands, government officials, various dignitaries, entertainers, local business leaders and cultural groups. The parade theme emphasizes ethnic diversity, Chinese culture and exposure to Chinese-American businesses. The parade continues to be a rich and diverse experience for Angelenos of all ages and ethnicities. 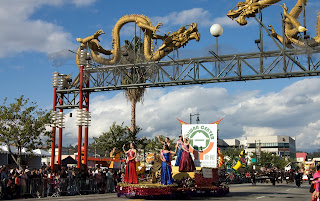